In his skin: Fairfax man one of the last of Marin’s leather makers – Dilrose Skip to content

In his skin: Fairfax man one of the last of Marin’s leather makers

Leather crafters like Jonathan Medrick are a dying breed. When Medrick opened his leather goods store, Jonathan’s Leathercraft, in 1992, he was one of many leather crafters in Marin. One by one, he’s watched them go out of business, unable to compete with China’s low prices. 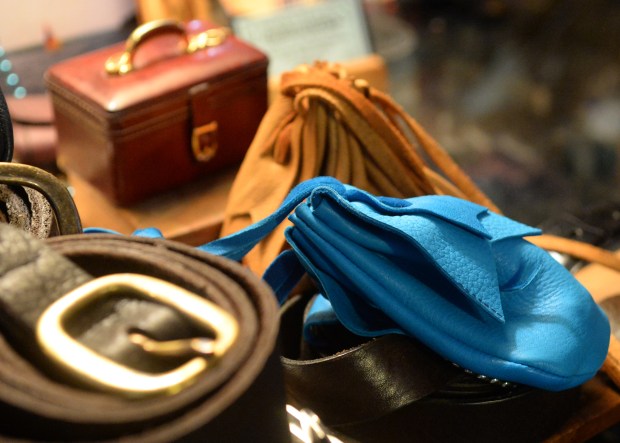 Medrick, who lives above his Fairfax shop, which is tucked in a suite just off Bolinas Road, differentiated himself by making his products out of wild hides such as deer, elk and antelope. Over the years, he’s made everything from moccasins to clothing to wallets. His store also carries the work of his longtime girlfriend, Kim Whybrew, who designs and laces handbags and custom vests. 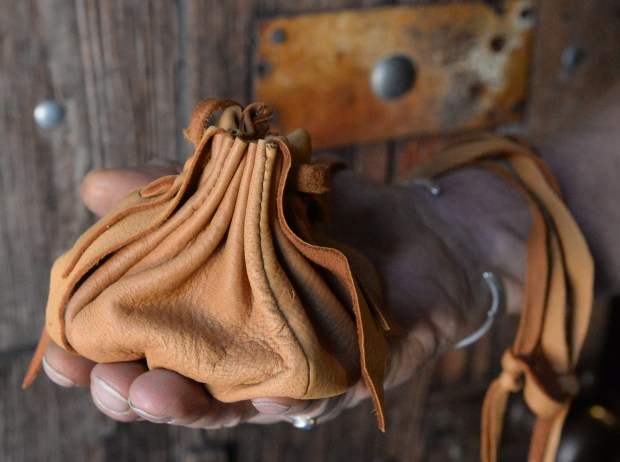 Medrick, 70, found his love of leather at an early age. In his mid-20s, he honed his skills while living in a tepee for a year outside of Boulder, Colorado, then began to sell his creations.

After dabbling in other careers, he returned to working with leather.

Q How did the shop begin?

A I started making pouches to sell at craft fairs or flea markets. My friend had a clothing store out front [of this suite], and he told me that this little shop came up for rent. I thought, I’ve got a 100 little drawstring bags, so I’ll take them up to Bodega Bay, turn south and sell every one I can to every mom-and-pop store from Bodega Bay to Monterey. I managed to sell all 100 of them. It came out to about $4,000, and I bought some leather and opened up the shop.

Q How has the leather industry changed over time?

A When I first opened up, there were 12 other leather crafters in Marin County. We had sort of a guild, and one by one over the years, they went out of business because they tried to compete with the Chinese. It was difficult for them to make a living. I am not competing with them, because we make everything out of deer, elk, buffalo and antelope.

Q Why do you use wild hides?

A They are luxurious, long-lasting and American. 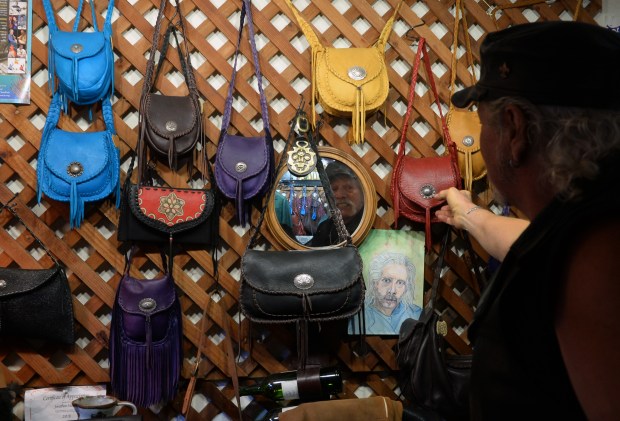 Q What got you into leather work?

A My uncle Frank had a saddle shop and he would bring over boxes of leather scraps. We would make things out of them when we were in Cub Scouts. That followed through when I went into Boy Scouts, and I started making bigger things like moccasins, vests and drums, anything that you could fashion out of leather. I went off into the world and did a bunch of things. I was a mountaineering and rock climbing instructor, and I worked for Outward Bound in Colorado. Then I traveled with a band around the state. I went to India and Nepal, and I came out here to go to the Ali Akbar College of Music. I fell in love with Marin County. 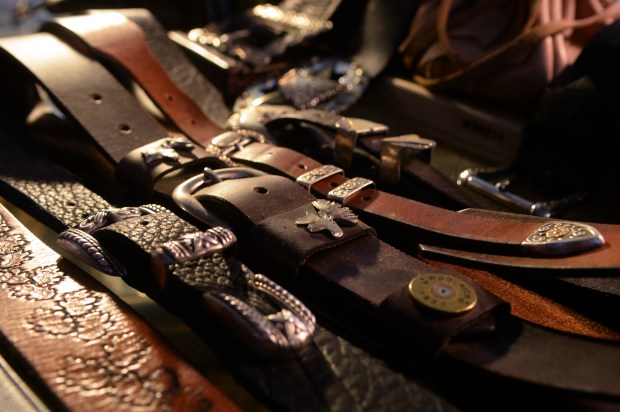 Q Do you want to keep the shop going?

A There is no retirement plan. I make enough money to pay the bills. This is not the kind of get-rich business, even if I went online. I don’t want to do that. I just want to take them one at a time as they come in the door, and have them enjoy the experience of stepping through the door and smelling the sweet leather.