Luxury shoes will look after you, if you look after them – Dilrose Skip to content

Third generation cobbler Ian Gemmell, 74, has owned the shoe he holds since the 1980s and has worn them regularly.

My parents always stressed the importance of good footwear, encouraging me to spend more on my kicks and looking after them properly. Like a car, if looked after and regularly maintained, the more expensive shoes would prove cheaper over time.

But I've always wondered whether there was any real truth to what they said.

Cobbler Ian Gemmell has been repairing shoes ever since he left school, having taken over his family's eponymous Auckland business, founded in 1925.

The 74-year-old agrees that we should look at a pair of shoes not simply as a throw-away commodity, but as a life-long investment.

Gemmell has revived shoes from all stages of death. He still wears a pair of shoes that look like they just came off the rack, but he bought them in the 80s.

In recent years, he's noticed a resurgence in customers prepared to spend more on a single pair of quality shoes, rather than multiple pairs that won't last as long - and having those shoes repaired rather than throwing them away.

"People are far more shoe-conscious than they used to be... it all speaks mega-bucks for people to look after their shoes."

IT'S ALL ABOUT SOLE

Soles and heels are the first places that wear out, then the leather sole, depending on weather conditions. The wet, sun, over-wearing and negligence are all factors.

When they are fixed, sleek rubber soles are placed over the leather sole (which can also a prevent wear and tear) or metal plates are fixed to the heels and, or, toes.

"They don't have to go through a major resole, if they treat it right, for many, many years," Gemmell says.

"In general terms, I would expect you would get 15 months, two years, if you have a good pair of leather soles." 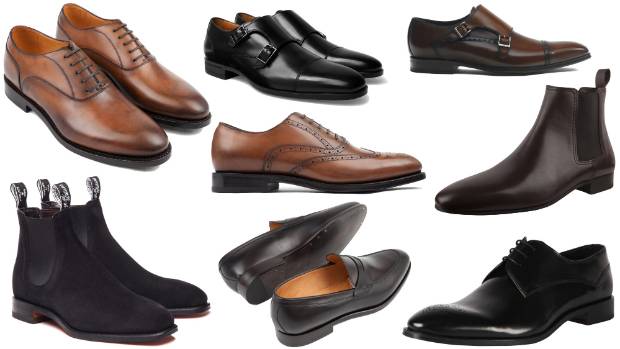 Founded in Wellington in 1945, Rembrandt have been menswear aficionados for more than 70 years, with an emphasis on providing quality product and bespoke service.

Investing at least $300 in a pair of shoes may seem steep but it is about "looking beyond price, to value", he says.

So what is valuable in a good shoe? Hall says what differentiates expensive from cheap is the quality of the materials and construction, so instead of synthetic uppers and soles, real leather is used throughout. There are several nuances that make for a higher quality shoe, such as the type of stitching and leather, but it all contributes to long life.

Rembrandt's shoe collection, which mostly comes from Portugal, is dominated by footwear with leather uppers and linings, which soften with time and mould to the foot.

"If you are someone that has to wear them for work, then you know that it's really important," Hall says.

Given shoes can last for such a long time, choosing your style can be daunting.

Hall advises going for the classic designs which won't date - a brogue or plain design, Chelsea boots or loafers. "They're [all] just modern re-interpretations of designs that we've been seeing for the past 60, 80 or 100 years."

Colourwise, he recommends a versatile brown, which is now just as popular - if not more so - than black leather kicks.

Hall also endorses suede shoes, something he believes Kiwi men are a little too wary of.

While they may not stand up as well to rain, if treated properly (with water-proofer every few months) they are fine. They also benefit from a bit of time and wear, if people are after a softer, loveworn look. 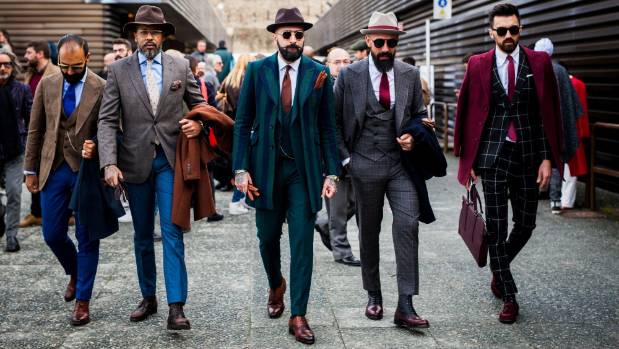 How long a shoe lasts is largely determined by its owner. Hall has two major tips for the investor: let your shoe rest, recover and dry out, and use a shoe horn.

"It needs a rest, it needs to be able to breathe," he says.

Moisture, to some extent, moulds the shoe to the foot which makes it more comfortable. However too much moisture shortens the shoes' life and makes it lose its shape.

Use a shoe horn, and you'll double the life of your shoe - even if they're a cheaper pair, Hall says.

There is some wisdom to stuffing newspaper in boots and shoes too, as it wicks away the moisture.

Beyond that, he also recommends using cedar shoe trees, which not only help maintain a shoe's original shape, but also absorb moisture.

"It doesn't mean your shoe won't get creases, but it minimises them." 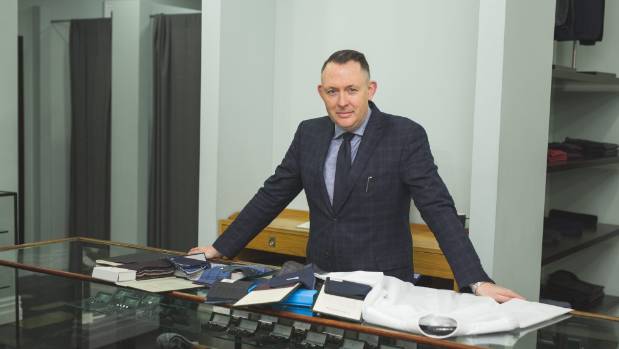 Where the shoes are made has a significant part to play: Italian shoes are typically softer, while English-made shoes are harder wearing and great for frequent use, according to owner Murray Crane.

Calf leather is typically considered the premium material for such shoes.

Keeping the leather maintained with dubbin and polish helps extend the life and the look of shoes, but eventually structural repairs will have to happen, Crane says.

"Make sure you're getting them resoled before the soles wear out."

Crane wears the same shoes he purchased eight years ago.

"If you wear them out in less than a year, it's a seriously expensive pair of shoes," Crane says.

His shoe collection is traditional, and he believes plain Oxford shoes are best for the first investment, because "you're covered for all occasions".

"If you look after them, they will last you the rest of your life," he says.