To button or not to button? From Shirts to Suits, this is how to avoid menswear's biggest beginner's errors

It seems so simple. If there’s a button, you button it. But nowhere in menswear has as many tripwires as how you fasten your clothes.

Get it wrong and you’re look like you’re off to your first communion. Get it right and – well, you just won’t look like a dick. Which should be inspiration enough to bone up on what to do with every button.

Simple: fasten it the second you stand up and unbutton it when you sit down. Then find a style of jacket that doesn’t make you look like a wedding singer. 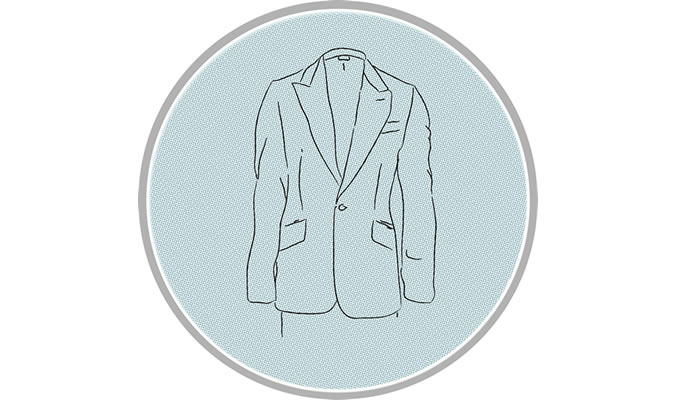 Here, things grow more complex. Treat the top button like a single-button. Ignore its companion. The bottom button has been vestigial ever since rotund monarch Edward VII gave up trying to fasten his over a 48-inch waist. Society followed suit, as should you.

Modern jackets are designed to flare out at your hips. Double-buttoning is not, as some men think, smart. It kills your jacket’s silhouette, rumples the fabric and adds Edward VII-alike timber. Again, unbutton when you sit down. Again, the bottom button is a trap. Cast it from your mind. The middle button always fastens when you’re stood up. The one above is optional. You can close it to stave off a chill or steer your look more professorial.

If you don’t want to look square, leave it open. But never have it fastened when its downstairs neighbour isn’t. Leave the bottom button open. Why? There’s a few theories. First, tubby King Edward, who couldn’t fasten that button either. It could be the legacy of a group of Etonians, who adopted it as a signature for their exclusive club, Pop. It might have been initiated by hunters, for comfort on horseback. Or a group of dandies who wore two waistcoats at once and wanted both visible.

Whatever the reason, leave it open and just make sure your waistcoat still covers your shirt. Kudos for your punchy tailoring choice. Fasten the top button. If you’re Prince Charles, feel free to do up the bottom button too. Otherwise, leave it be. And don’t forget the internal button that keeps the fabric underneath from rumpling. Ignore the top, close the middle, let your position in line for the throne dictate the bottom. Bespoke suits have always had functioning cuff buttons, a legacy from military surgeons who didn’t want to spoil their suits with all that blood. Off-the-rack tailoring didn’t – no one ever uses them, after all, and it’s cheaper to create fake ones.

Some tailors advise their clients to leave the last button open, to prove just how fancy their suits are. If you listen to them, then your neediness negates any style points. 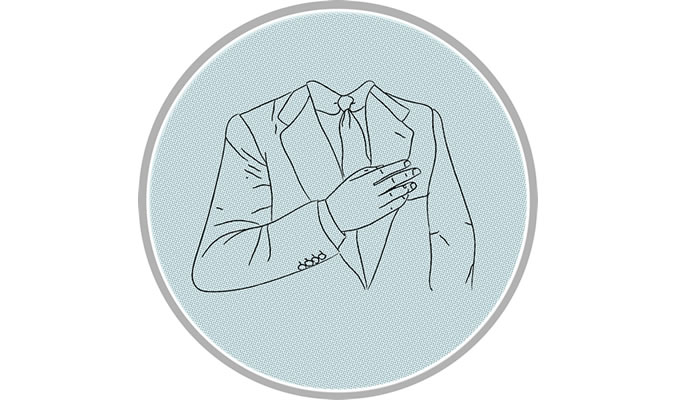 Coats hang flat, so button up until you feel warm. If you’re wearing a tie, then do up every button. You’re not at school.

If not, the best look with a jacket is to keep them buttoned anyway. An open neck is the uniform of campaigning politicians. The air tie still flies, but feel free to loosen up. Just make sure to pop both top buttons, or your collar will sit near your ears instead of on your neck.