British motorcyclist Hayley Bell says she’s tired of feeling like an afterthought to the motorcycle industry. So, Bell put out a call on Facebook to her fellow female riders.

"I’ve had a totally crazy idea who wants to join me? I’m thinking of doing a world relay and seeing how far we get."

“I put out a post to say, 'I’ve had a totally crazy idea who wants to join me? I’m thinking of doing a world relay and seeing how far we get,'” Bell said.

And the Women Riders World Relay was born. Bell, who came up with the idea last fall, says she used Google Translate to post her message in different languages online. She figured it would maybe attract a few hundred women. Over 14,000 women motorcyclists, representing more than 90 countries, answered the call.

Nearly 20% of motorcyclists in the United States are now women, according to a recent study from the Motorcycle Industry Council. But riding is still largely considered a hobby for men, and it can sometimes be difficult for women to break in.

Hayley Bell (third from right), Colette Edeling (second from right) and other riders in John o’Groats, Scotland, the starting point of the relay.

Bell says she hopes the relay will grab the attention of the global motorcycle industry and eventually help build relationships with motorcycle companies.

“We want to develop the whole market and move it forwards to include women in a much more equal status than it is at the minute,” she said.

Words like that grabbed 24-year-old Peruvian university student Gianna Velarde. This year, she competed in the Dakar Rally, a grueling, 11-day endurance race on her dirt bike. Velarde says that at the event, a race official was thrown off by her mere presence.

“When I asked him if he can give me the route book, he told me, ‘It’s only for riders,’” Velarde said. “I showed him my bracelet [for being a rider] and told him, ‘I’m a rider, too. Is it because I’m a woman?’”

Velarde says the man was at loss for words. She’ll lead part of the South American leg when the relay reaches there in November. 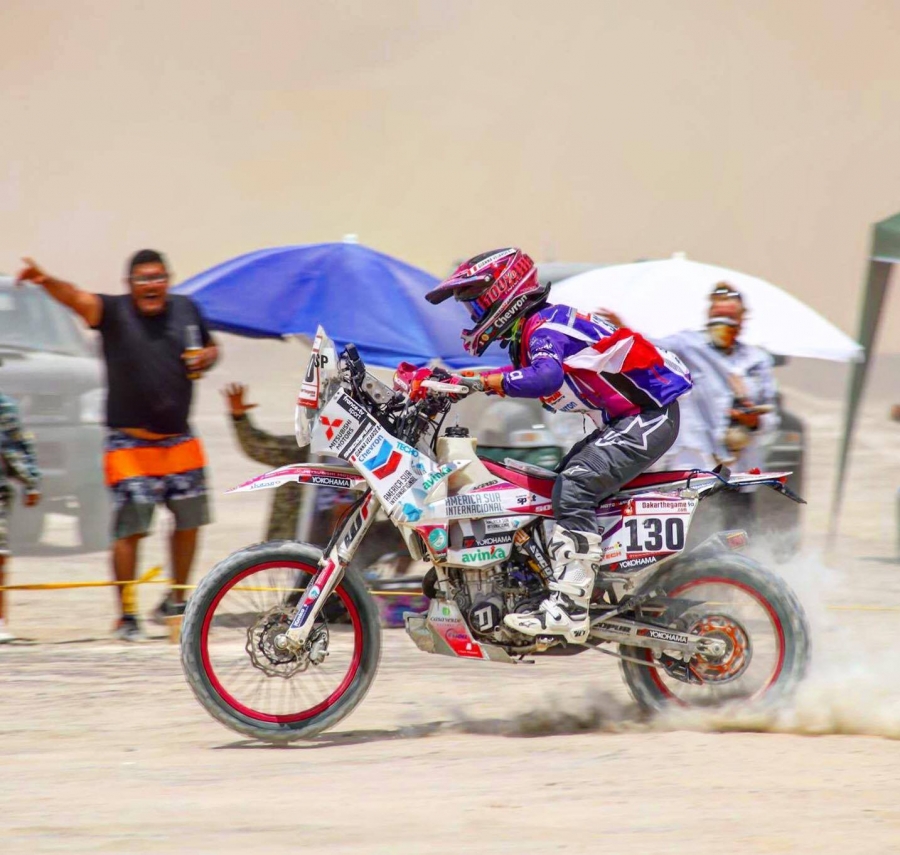 In January, Gianna Velarde became the first Peruvian female rider to race in the Dakar Rally.

Even though the number of women bikers has nearly doubled since a decade ago, things like the bikes themselves are still mostly targeted to men.

For instance, most bikes are just too tall and for shorter women whose toes barely reach the ground. And that unstable feeling on a machine that easily weighs hundreds of pounds can sometimes be a big obstacle. Things that might seem simple, like just stopping the bike, can be a little scary. Take it from Velarde, a short rider:

“Every stop at a red light is like winning because of the height of the bike,” Velarde said.

It’s also hard to find protective gear that doesn’t make a woman look like the Hulk.

“This is the first time everyone’s kind of looking around to say, 'Well, women are people; let’s have them buy the bikes,'” Maher said. “But they’re not really asking the women in the industry how to market to them.”

At the market, looking through leather jackets, Kevlar-lined pants, gloves and other accessories designed by women riders, for women riders, it's refreshing to see gear without the common splashes of pink and purple or heart and flowery details.

“Yeah, we’re over it,” Maher said. “No glitter rhinestones here. Take your tribal butterflies somewhere else.”

Back to that ride around the world: It recently kicked off in Scotland. Founder Hayley Bell began the relay with about half a dozen other women riders at John o’Groats, a village at the far north end of the country.

Bell says she won’t be riding the entire relay across the globe, although she’d like to. She says the trip is expected to take a year to complete.

But, Australian motorcyclist Colette Edeling says she’s made it her personal goal to complete the entire global event, from Europe and the Middle East to the Pacific Islands and Africa.

“I’m 55, and this is never going to happen again, this kind of relay,” says Edeling. “I just decided, why not?”

That means she’ll spend almost every day of the next year in the saddle, rain or shine. At some points in the route, there will be groups of women riding along with Edeling. In more remote locations, she may be riding alone. There have been some bumps in the road so far, especially with the weather.

“We rode in snow, we rode in hail, we rode in absolutely everything in the last 10 days,” Edeling said. “It’s been fantastic. Except, very little sun, unfortunately.”

Edeling will probably get lots of sun when she reaches California in the fall. She'll meet with others on their trusty Kawasakis.

Until then, riders will be tracking the progress of these women and their machines online. The riders are passing a GPS baton along the global relay.

One piece of advice to them now: Keep the rubber side down. 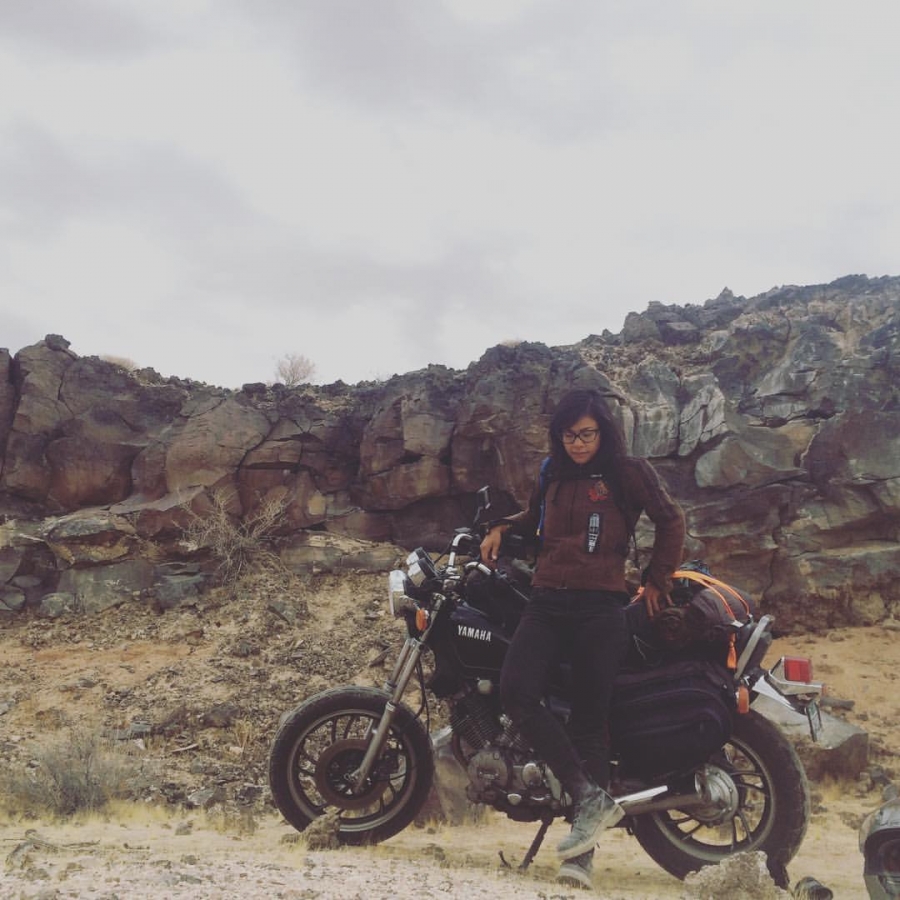 Reporter Tiffany Camhi has been riding motorcycles since 2015.